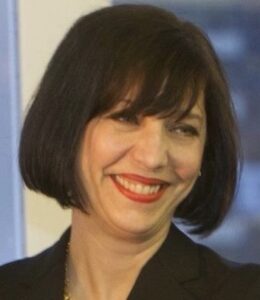 Ms. Sicard-Mirabal is an independent arbitrator and party counsel in arbitrations under international and regional institutional rules and ad hoc arbitrations under a variety of national laws. In the transactional sphere, she represents international and domestic clients in mergers and acquisitions, project finance, banking and securities matters in the construction, energy, telecommunications, consumer products and hotel industries. She is also a trained mediator.

She commenced her legal career as a judge in the Dominican Republic and continued her legal practice in the United States, first as an associate at the law firm of Thelen, Reid & Priest and then as a Of Counsel at Winston & Strawn and Greenberg Traurig.

Ms. Sicard-Mirabal is co-author of the book, Introduction to Investor-State Arbitration, with Yves Derains, Kluwer Law International, 2018. She has authored many articles, appeared on numerous television programs, domestic and international newspapers, and is a frequent speaker at conferences and seminars all over the world.

She is an adjunct professor of law at Fordham University School of Law in New York City teaching International Business Transactions, LL.M. International Arbitration Practicum, and Introduction to Investor-State Arbitration.

Ms. Sicard-Mirabal is a dual-qualified lawyer in New York State and the Dominican Republic. She is fully bilingual English/Spanish;  speaks French,  has working knowledge of Italian and Portuguese and basic Turkish.

Ms. Sicard-Mirabal has more than 25 years of international arbitration and transactional experience. She frequently serves as an arbitrator in disputes administered by international and regional arbitral institutions, as well as in ad hoc proceedings under a vast array of applicable laws. She has worked extensively with clients and entities in Asia, Latin America, the United States and Western Europe and has a particular focus on transactions and disputes stemming from joint venture and partnership agreements, distributor and supply agreements, intellectual property and license agreements, mergers and acquisitions, construction and engineering contracts, and telecommunications.

Ms. Sicard-Mirabal began her legal career as a judge in the Dominican Republic where she rendered a vast array of decisions on commercial, civil, and labor matters. She continued her legal practice in the United States, first as an associate at the law firm of Thelen, Reid & Priest and then as a Of Counsel at Winston & Strawn and Greenberg Traurig. Because of her language abilities and civil law and common law background, her practice focused on international business transactions as well as international litigation and dispute resolution.

Her experience includes having served for ten years as an External Member of the Sanctions Committee of the Inter-American Development Bank (IDB) (anti-corruption tribunal). The Sanctions Committee is the second-tier of the IDB Sanctions System. The Committee reviews and makes final decisions on cases concerning fraud and other Bank-prohibited practices committed by beneficiaries of IDB Bank loans for IDB-sponsored projects.

She was the Executive Director (formerly, Regional Director) of Arbitration and ADR for North America for the ICC International Court of Arbitration/SICANA, Inc. During the same period, she served as Director of Dispute Resolution Services of the United States Council for International Business, ICC-USA.

Ms. Sicard-Mirabal is a dual-qualified lawyer and is admitted to the bars of New York State and the Dominican Republic. After receiving a law degree from the Pontificia Universidad Católica Madre y Maestra, Santiago, Dominican Republic, she continued her legal studies, attending the Foreign Lawyers Graduate Program at Fordham University School of Law in New York. Ms. Sicard-Mirabal is fully bilingual English/Spanish; speaks French and has working knowledge of Italian, Portuguese and basic Turkish. 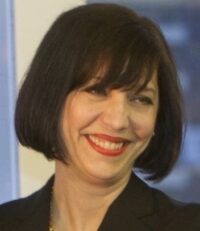